George Bernard Shaw wrote, by the aura of mystery and legend characteristic of these islands, that God at the end of creation, found himself with a handful of rocks, mix them in tears and breath and threw them at random on the sea surface and, pleased with the result, let them as they were.
These islands of unbelievable shapes created a labyrinth of channels, bays, coves, harbors big and small, jutting capes above the sea surface. With their immense natural beauty Kornati islands were declared a National park in 1980. National park Kornati sizes about 220 km2 which consists of 89 islands, islets and reefs. National park Kornati was named after the biggest island in the group – Kornat.

The Kornati islands were populated in prehistoric times; findings of stone hatchets at the bottom of the hill Pasinka on the islands of Kornati confirm the stated. The Kornati islands were a frequent target for invaders and thieves, from the Romans and the Venetians to the aristocracy from Zadar. There’s no fresh water here, and the islands are rocky and arid. In the past, their scanty vegetation was used for summer grazing, and shepherds and fishermen from Murter built stone cottages to use as seasonal accommodation. Although today these islands are only populated during the summer months, old field and fishing houses spread out in secluded inlets on the Kornati islands, give away the presence of their owners.

One of the most impressive natural phenomena on Kornati are cliffs on many islands of the Lower Kornati, facing open sea. The cliffs have always been referred to as “crowns” (corona) and that is probably where the name of Kornati originates from. Some cliffs can reach even up to 100m under water. We will enjoying a spectacular cruise along the outer limits of Kornati Islands National Park, under the tall cliffs of Klobucar (80m high), Mana (65m) or Rasip veli (64m) and other magical islets and islands.There are a few laborer’s and fisherman’s houses scattered around quiet bays. The houses of fishermen act also as restaurants, where, if necessary, we can enjoy fresh fish for a lunch.

We will visit this most Interesting sites:
Islet of Taljuric – because of its oval shape it looks like a plate. It is dangerous for boats, because it is often covered with water.
Island Piskera – is the second largest island in the national park, it was once the main fishing centre on the Kornati islands with a warehouse for salted fish.
Mala Proversa – is a shallow passage between Dugi otok and the island of Katine. Ancient Roman ruins approximately 90m long are visible in the sea, which were once above sea level.
Bay of Spinuta – in the bay, leftover wall ruins are visible of an Ancient Roman salt factory or of a fish cultivating pond.

If you seek an unforgettable adventure, you are on the right place. Our experienced skipper will allow you unique view of national park Kornati.

If you want to charter a boat then only with argola. We had a quicksilver sundeck for 5 days. Marina and the entire team are great, very friendly and always eager to please satisfied customers. The boats are very well maintained and always ready for use. to emphasize is the top price performance ratio. Do not take any risks and book with argola. We can really recommend argola charter. We wish you a nice Holiday. Dieter Gabi and Nadine

We booked a half-day private boat tour in April for 6 adults. Despite a small delay because of a technical problem, we had a wonderful day on the water. Argola communicated with us while they were handling the issue and gave us several options.Our skipper, Marin, was wonderful. He even made a reservation for us at a suggested lunch spot and it was beautiful scenery and great food.I would absolutely recommend Argola. They were easy to work with, responsive to my emails and calls, and handled the booking with professionalism.

I cannot speak highly enough about our fishing captain Darko Perkovic. He took my son and me out fishing near Solta this July (2017) and we had a field day. We were told that due to the hot weather, the fish just weren't biting. Well, Darko found a cool hole, evidently, because we pulled in well north of fifty different specimens in a four hour period. They weren't giant specimens, but my son had a blast and we were busy the entire time reeling in fish. Darko was born in Canada so he speaks colloquial English (and French) which was...

many thanks for another wonderful day on the boat . You hire the best , ships are in perfect condition and Argol team is always in a good mood . P.S. thanks for nice shirts

Thanks to Argola helpfull and pleasant team delivering the boat almost at our door step, team was very responsive and answered to all of our questions. The boat was pleassure to drive and good times to remember. Thanks:)

Thanks to the Argola Charter Team, we spent incredible 10 days in a beautiful appartment on the Ciovo island, sailing with two different boats. It was very pleasant experience, and we're so glad we met such profesional and kind people like Ana and Jerko. We will definitely be back this year. :)

A really helpful time even though our flight landed in the early hours of the morning they still helped. Very much recommended.

Rented a boat for 2 days, Boat was delivered to Split on time and full with fuel. Stephen gave us a 'run through' of the boats equipment and answered any questions. He also recommended various bays and marinas to visit. Overall great service, special thanks to Ana and Stephen.

All our question answered before our travel. We were met at the airport by mini bus and taken to a jetty where the boat was waiting for our luggage and another boat for us to skipper to Mirca on Brac. Excellent service. We will book again with Argola.

I rented a boat from Argola (Sea Ray 190) for 6 days on October 2014. Everything went as smoothly & as hassle free as it could. I've dealt with 4 people at Argola, mainly Ana who was excellent at answering all my numerous questions before our trip - it's a pity she was on holiday herself when we picked up the boat so I never got to meet her. All of the staff were as helpful & as friendly as could be.

I have to say That nô surprises With Argola . The boat and the service is very good value for money . Thanks to the skipper wich are very kind and professional . And Anna is always ready to gives you help or advises ..

We spend a day with Toni on a trip to the islands of Vis, Bisevo and Hvar. Toni provided an excellent service, the boat was super, and the plages Toni took us, was exciding and beautifull. Argola made us a tailorsuited trip. We recommend Toni and Argola.

Hi Guys , Thanks for the boat , we had 4 super days ! Everething was 100% ! The place to rent a boat in the Trogir area .. greetings Ronald and Barbara

We rented now the second time a boat from Argola Charter for one week. And we will come back again next time, too. This time we rented the Brava 22 for 8 people and where very happy with this boat. Technically in good condition and perfect for our needs. The transfer to Split and the return to Split worked again very well and uncomplicated. Thanks Gajo and see you again next time.

I was very impressed with the communication and service provided by Argola Charter. We had rented a skippered boat for the day and would highly recommend Argola for future boating needs.

What an amazing trip we have just had in Croatia - it was made perfect by the boats we rented off Gajo and the team. These guys are honest and great to deal with. Huge thank you for looking after us so much over the three days. The boats were amazing and a lot of fun! Massive thank you and see you again next year!! Thank you Angus

Thanks for the highlight of our Croatia trip! An absolute pleasure to deal with such honest & nice people. Excellent condition boats, reasonable prices, timely & reliable service. Even the ferry trip from Split to Trogir with buraline was value for money & a good chance to see the coastline. Hvala!

Hi. I have been hiring last summer at yours, and we staid as well as guests in your apartments, hope you remember me and the friends, we have been in August. We do remember very well, all was perfect with you. Thank you so much. We look forward to visit you again next summer, I will contact you in time. looking forward to have again your excellent services and lots of fun on your beautiful coast with all your facility offers. Please, say hello to your brother and family. we wish you all a happy healthy new year 2012 C U all next su...

Booking, renting and using of the boat have been a great experience! The service of Argola Charter was great, even under some difficult circumstances. Thank you very much for your support and help! We will come again.

Great service from beginning to end - all the way from booking to return of the boat. Boat was in immaculate condition (as one would expect) but also came with full set of charts, almanac etc. Local knowledge on weather, places to stay and suggestion for possible itineraries were invaluable. Boat (Commander 635) performed exceptionally, particularly in some unforgiving weather. Thanks to Gajo and his team. Helpful flexibility on payment (euros and Kuna) and on taking deposit. I will be coming back and recommending my friends.

Gajo , thank you for a fantastic experience . We hired a Searay240 for 2 days and the boat ran really well , the service was great and the experience was thoroughly enjoyable . We will definitely be recommending you to our clients and we look forward to the day we can return to Split and hire another boat through your company

Friendly, fast and professional service from Gajo and excellent boat, made everything so easy and fun. I can gladly recommend everyone to rent from this company. See you soon again! /Returning customer

We hired a Commander 635 which was delivered to us in Hvar and we returned it the following evening to Split. Gajo was involved from the start and was really helpful answering all our numerous emails. quoting a price in Euros agreeing we could pay it in Kunas. Every effort was made to make our experience pleasurable and convenient to our specific needs. Upon meeting with Gajo and collecting the boat everything was well explained and made clear to us on how to manage the boat and off we went. We had an amazing time island hopping an...

Superb, professional service! Highly recommended for all types of boating activities in Split and Trogir area!

Gajo and his service rescued our trip from near disaster - I got the dates wrong and yet he still came to get us on his day off, without any problem, and took us across to Vis quickly, comfortably and with great humour. A perfect start to a perfect weekend. Thanks again.

I must confirm that hospitality and provided service was on very high level. Based on my experience, I had with Mr. Domic I warmly recommend to use this hospitality. Such level of service you can not find often.

Gajo, thank you for best day of our Croatia trip. Your tips were very usefully and we enjoyed our day at Solta with you. Sure will come back. Greetings from Philla. 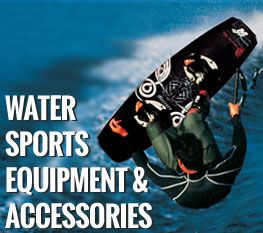